Petrochemicals giant Ineos is seeking to enforce a sweeping injunction to prevent any protester from obstructing its fracking operations. Campaigners face being jailed, fined or having their assets seized if they break the injunction.

At a three-day hearing in the high court, two campaigners are seeking to have the injunction struck out, arguing that it is “anti-democratic and oppressive”.

On Wednesday, Heather Williams, QC for Joe Boyd, one of the campaigners, accused Ineos of using “exaggerated, tendentious and selective” evidence to justify the injunction.

She added that Ineos’s evidence consisted of “little more than a fragile house of cards, constructed of repetitive, unrepresentative and flimsy examples”.

Ineos obtained the temporary injunction in July after telling a judge that it faced an “imminent and real” risk of being targeted by unlawful protests.

The injunction – addressed to “persons unknown” – forbids any campaigner from harassing Ineos staff and suppliers in any way, or interfering with their lawful activities. 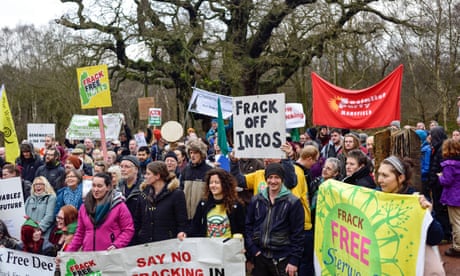 Ineos has submitted more than 3,000 pages of evidence and videos which it says show that it is facing a “significant degree of hostility” from campaigners.

Much of this consists of what it says are threatening comments by protesters on social media. Its lawyers have told Mr Justice Morgan that other fracking firms have been subjected to “repeated acts of unlawful trespass”.

Williams told the court that the injunction was “fundamentally flawed and unjustified on the evidence”. The injunction had been granted in July at a private court hearing at which no campaigners were given the opportunity to contest it.

Williams said Ineos had asserted that it was in “possession of information indicating there was an immediate threat of serious personal injury or death to their own employees and others linked to Ineos from the activities of protesters.”

But the evidence provided by Ineos, she said, “did not in fact come near to bearing this out nor warranted the use of such sensationalist and emotive headlines”. 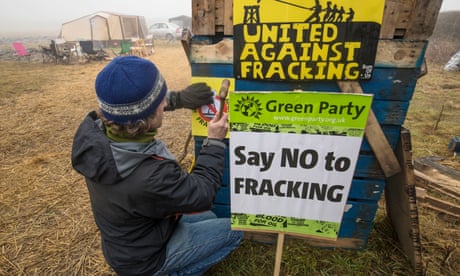 In evidence submitted to the court, Ray Fellows, Ineos’s security consultant, said that the fracking industry was “becoming increasingly concerned at the risks posed by militant activists”.

On 10 May, industry representatives had met police officers including a secretive unit that monitors campaigners. “At that meeting, the strongest advice coming from the police to prevent the unlawful activity was the use of injunctions through the civil courts, and that it was the view of the police that the industry collectively has enough evidence to obtain such relief,” Fellows said.

The verdict in this case could persuade other corporations to pursue similar injunctions.

The other campaigner challenging the injunction is Joe Corré, the son of fashion designer Vivienne Westwood. Boyd has raised more than £12,000 through a public appeal to fight the case.

Read the full article in the Guardian here: