The community group representing residents near Preston New Road, where Cuadrilla are seeking to drill and frack four wells, has blasted Lancashire County Council’s Planning Officer for undermining the volume of objections to the plans.

Councillors on Lancashire’s Development Control Committee were told at Tuesday’s meeting (23 June) by Planning Officer Stuart Perigo that objections “must be kept in context” and were not of an unprecedented nature – despite over 11,000 Lancashire residents writing to oppose the plans (1). The Planning Officer specifically highlighted the number of objections outside the county area – 6,862 – yet the overwhelming majority were from within Lancashire. Contrastingly, the officer neglected to break down the national number of representations in support of the plans – 217 – by area. 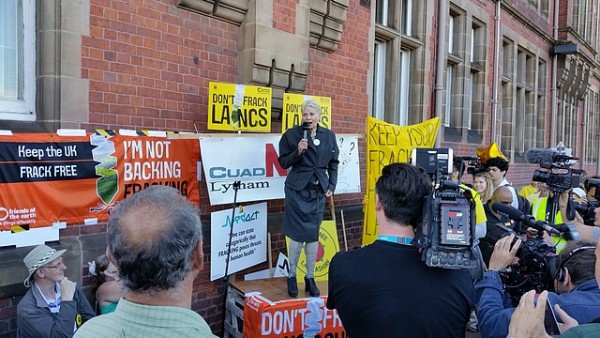 Councillors were also told that “several groups have run national opposition campaigns against the industry” while not giving comment on the considerable resources of the pro-fracking lobby – including the Cuadrilla-funded North West Energy Task Force, and the vast number of PR companies which Cuadrilla have employed including, according to an investigation by Spinwatch, experienced lobbyists Hanover, Bell Pottinger, PPS, and Westbourne Communications (2).

Meanwhile, Councillor Paul Hayhurst has strongly criticised the advice Councillors received about the legality of refusing the application on Wednesday, when a motion to refuse the plans was narrowly defeated on the Chair’s casting vote.

Speaking to an independent reporter (3) Mr Hayhurst said “We were told we must vote for the application. If we didn’t we would be breaking the law and we would be deemed irresponsible members.” The Councillor said the legal advice made public the subsequent day (4) did not contain the same strength of words as they had been told verbally, or that Councillors would be acting illegally if they were to refuse the application. 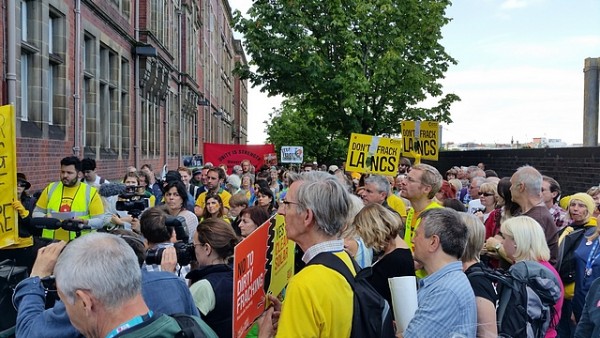 “Only 217 people in the entire UK supported this application”

“The way in which the Planning Officer presented the facts was very skewed, with the massive number of objections broken down by area while the letters of support were presented without comment. Perhaps he felt it wasn’t worthy of comment, that only 217 people in the entire UK had supported this application?”

“This fact alone speaks volumes. Only 217 people bothered to support Cuadrilla by formally writing to support, while over 11,000 from within the county wrote in objection.  Lancashire has spoken clearly it doesn’t want or need fracking. We are asking Councillors to resist the pressure being put on them by officers and stand up for local residents who have put them in Office to look after their best interests.” 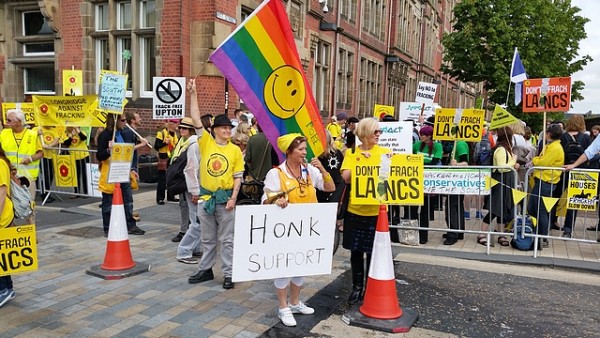 “Over the three days of meetings so far Councillors have not said a single positive thing about fracking, only fear of Cuadrilla appealing and the costs incurred.

“It is alarming if Councillors are being misled and threatened by officers that they would be acting illegally if they were to refuse the applications. We have presented evidence including from Barristers that the application should be refused on planning grounds. These are elected Councillors and they must act in the interests of residents and local democracy, not the threats of corporations and hidden executives.

“We call on local residents to join us at County Hall on Monday and reinforce the importance and urgency of Monday’s decision.”

The Committee is due to decide on the application for Preston New Road on Monday 29 June. The Frack Free Lancashire alliance of 39 community groups opposed to fracking is organising a public rally outside County Hall from 9am on Monday.

1. http://www.lancashire.public-i.tv/core/portal/webcast_interactive/178474
See archived webcast of meeting, comments on representations are at 51 minutes. Planning Officer Stuart Perigo outlines that of 18,022 total objections 3,023 were from Fylde, and 6,862 from outside Lancashire. From those figures it can be derived that 11,160 Lancashire residents objected – an unprecedented figure for a Lancashire planning application.