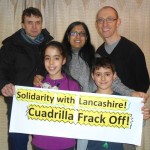 A massive thanks to all the local people and campaign groups that travelled from all over the UK to stand in solidarity with Lancashire. We were overwhelmed by your amazing support.

Catch all the action from today’s wonderful solidarity rally at County Hall Preston with this live stream.

Huge day for Lancashire – Come and join the thousands of voices against fracking & protect our county!

Come down to County Hall, Preston, where Lancashire County council are due to decide on Cuadrilla’s fracking applications. Fishergate, Preston, Lancashire PR1 8RL

On Wed 28th and Thurs 29th January, Lancashire County Council will be deciding on whether or not to approve two of the biggest fracking tests ever contemplated in the UK.

There are groups travelling from across Lancashire and the North East to oppose Cuadrilla’s fracking application at County Hall Preston on Wednesday.

Travel Plans From Across The Region

Departs Blackpool North at 8.21am
Poulton le Fylde at 8.29am
Kirkham and Wesham at 8.39
Arrives Preston 8.49am

Join Ribble Estuary Against Fracking travelling to Preston on the X2/2X Bus:

Join Manchester Campaign against Climate Change travelling to Preston by Train from Manchester Picadilly. Meet 7.35 at the waiting area near platform 14: 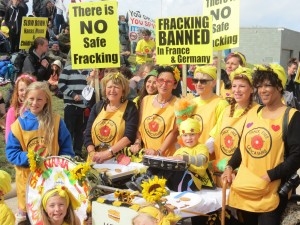 Cuadrilla want to delay their planning hearing but our plans remain the same!!!

We will turn out on Wednesday 28th January in Preston to send a clear message that Lancashire and threatened communities from across the UK object to Cuadrilla’s fracking plans.

“We are shocked and surprised by this application (for a deferral). We have been arguing about the appropriate noise levels for months so they (Cuadrilla) should have known what the acceptable limits were. We think the hearings should go ahead as planned.”

“A deferral will throw a spanner in the works for our presentations. We have people coming from London and even France to present evidence to the hearings. People have had to take time off work and we even had a QC lined up. All the groups were geared up to go now.”

Please come and join us at County Hall in Preston on Wednesday 28th January 9am. LANCASHIRE NEEDS YOU!!!

These applications must be stopped. If Fracking is allowed here in Lancashire it could be in your area next.

60% of the UK has been made available to Fracking companies. 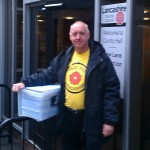 Another 2,000 objections to Cuadrillas Fracking Plans were handed into Lancashire County Council. This brings the known total so far to a massive 27,000. This is definitely the most unpopular planning application ever in Lancashire. There’s still time to have your say. Click here to object.

Roseacre Awareness Group (RAG) are holding a Public Meeting at Elswick Village Hall at 7:00pm. Come and find out why we are concerned about Fracking in our village.

Meet at 9am at the Friargate entrance to St. Georges to spread awareness about the threat of Fracking in Lancashire and engage the people of Preston.

Bristol man and former nuclear scientist Dr Rowland Dye is bailed to appear before Blackpool Magistrates Court today. He is charged with causing “aggravated trespass” as part of a protest against Fracking in Lancashire last August. Come down to support Rowland from 9am.

Join Frack Free Lancashire and Friends of the Earth as they hand in their anti-fracking petition to Council Leader Jennifer Mein. Meet at 9am outside County Hall in Preston. Please come down to show your support, wear yellow if you can, everyone welcome. After the demo there will be tea and coffee upstairs in the Station Hotel and a chance to chat about next steps.

Today residents from Preston New Road present their evidence to the planning committee. The presentations can not be attended by members of the public but residents welcome support outside the council building. Meet outside Preston County Hall at 11am, presentations start at 12 noon. All welcome.

Today residents from Roseacre Wood present their evidence to the planning committee. The presentations can not be attended by members of the public but residents welcome support outside the council building. Meet outside Preston County Hall at 11am, presentations start at 12 noon. All welcome. 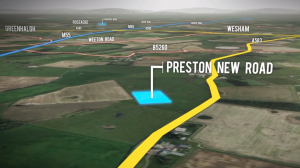 Today and over the next two days Lancashire County Council will be deciding whether or not to approve Cuadrilla’s fracking applications. These applications are the biggest fracking tests ever contemplated in the UK, if they go ahead they threaten to turn our precious county into a gas field. Concerned communities from Lancashire and around the UK will descend upon County Hall, Preston for a peaceful show of solidarity and resistance.

Please make time to come down and support the opposition to these plans. Wear yellow if you can, make a banner/sign and remember to bring warm waterproof clothes and food & drink to share. Everyone welcome from 9am.

IMPORTANT – What happens on the 29th and 30th is impossible to predict. Watch this space for updates. Times and dates for the planning decisions may be subject to change. 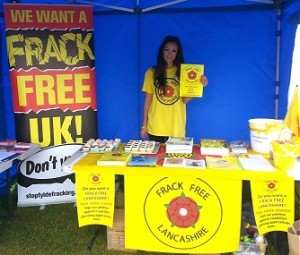 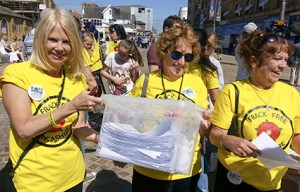 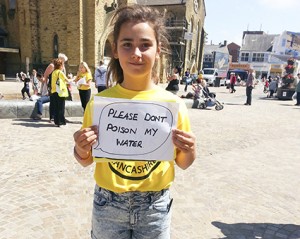